The staff at The Ranch is lead by Director of Instruction Rickey Sullivan and includes Head Golf Professional Greg Boyette, and PGA apprentice professional Matthew Appleby.

The instructors at The Ranch believe there is more than one correct way to swing a golf club efficiently, depending on the individual’s body type and flexibility. Instruction is tailored to the individual student; each student is evaluated and taught the swing that will work best for them.

Bulls Bay teaching professionals are trained in the use of V1 Golf computerized teaching equipment and Flightscope, two recognized leaders in the field of golf instruction technology. All professionals at The Ranch are certified club-fitters with most major manufacturers, including Callaway, Ping, Mizuno, TaylorMade and Titleist.

Offerings at The Ranch include: 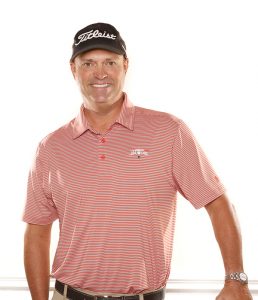 Rickey Sullivan joined the Bulls Bay staff as the club’s first head professional, a position he held for some six years. But in 2008, when Bulls Bay opened The Ranch, a state-of- the-art teaching facility, to the club’s already impressive amenities, Sullivan was promoted to Director of Instruction.

Now with more than two decades of teaching experience, Sullivan has given tens of thousands of lessons to players of every skill and experience level, from raw beginners to the most experienced seniors.

To date, Sullivan’s list of students includes dozens of professionals currently competing on the PGA Tour and other tours around the world, including several tournament winners as well as a former Player of the Year honors on the Web.com Tour. But the accomplishment Sullivan is most proud of is the one represented by the still-growing list of junior players who have earned NCAA Division I scholarships under his tutelage. That list has more than 50 names on it, with more names being added each year.

As Director of Instruction at Bulls Bay, Sullivan continues to give countless individual lessons to members and junior players each year. He also plans all group lessons and clinics, teaching and coordinating other staff to always meet the instructional needs of the membership. 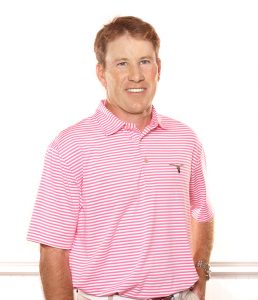 Whoever came up with the old axiom, “Those who can do; those who can’t teach,” never met Greg Boyette. Bulls Bay’s head golf professional can do both with equal aplomb and success, as evidenced by his record of accomplishment at every level.

Boyette came to Bulls Bay in 2007 as an assistant golf professional and stepped into the head professional position six years later, having spent nearly four of those years exclusively as a teaching professional at The Ranch, the club’s state-of- the-art teaching facility. But whether he’s been based at The Ranch or in the pro shop, the personable pro has always pursued his passion for teaching others the game. In fact, teaching players of all levels – from beginners to competitive amateurs and professionals – was and continues to be a big part of Boyette’s career since even before he came to Bulls Bay.

Boyette’s talents in golf are not limited to teaching. Going back to his college days at the University of Akron (1994-98), Boyette won four individual titles and earned All-MAC Conference honors his sophomore, junior and senior years. He also competed in two U.S. Amateurs and one U.S. Public Links Championship as an amateur and, in 2008, was inducted into the University of Akron Athletic Hall of Fame.

After turning professional in 2000, the Hudson, Ohio, native went to work as an assistant at Firestone Country Club in Akron and later competed on the Nationwide and Hooters Tours for seven years, posting three victories.

Since coming to Bulls Bay, Boyette has continued to compete at the highest level , both in the Carolinas PGA Section and beyond. In 2014, he won the Johnny Palmer Trophy, which annually goes to the player compiling the lowest scoring average in the Carolinas Section. And in 2014, 2015 and 2016 he qualified for and competed in the PGA Professional Championship, the annual “major” for PGA of America club professionals.

In addition to his accomplishments as a teacher and player, Boyette is a certified club fitter for a number of major manufacturers, including Titleist, which he has represented as a staff player for years, as well as Callaway, Mizuno, Ping and TaylorMade. He is also an authorized V1 and Flightscope instructor. V1 and Flightscope are recognized as two companies at the cutting edge of computer-assisted teaching technology. 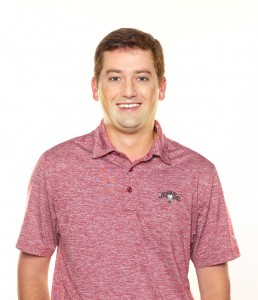 A native of Mt. Pleasant, Matthew Appleby joined Bulls Bay in 2015. He attended the University of South Carolina, the College of Charleston and earned his degree from the Golf Academy in Myrtle Beach. Matthew is a currently a PGA apprentice and seeking his Class A status. He currently is teaching junior and ladies clinics and enjoys teaching private lessons to all players of any skill level.